We decided to sidetrack a little from our normal issues and talk about legal matters for we are law abiding and responsible organization. It is a known fact that The Humanitarian Foundation has a lot to do with issues involving humanity and the law. Man and law are like bone and marrow that cannot be separated. The original names of the parties involved had been changed for confidential reasons. The incident actually happened in Lagos, Nigeria in the said year.

Summary of the fact of the case of UKAH BANK PLC VS TITILOPE NGOZI: This is a real life matter, the fact of which occurred in 1982 but decided by the Lagos High Court in 1988.

Again, UKAH BANK PLC. returned and told TITILOPE NGOZI to do some other fixing in the building and the man complied by taking another loan, expecting that when he gets the rent from UKAH BANK PLC. he would be able to offset the loans, make profit or break-even at worst.

So did UKAH BANK PLC. returned, asking TITILOPE NGOZI to make expensive repairs in the building for about five times which TITILOPE NGOZI did without argument

On a sad day, however, UKAH BANK PLC. MESSAGED TITILOPE NGOZITO INFORM HIM THAT THEY WERE NO LONGER INTERESTED IN THE BUILDING

Long fact cut short, after several arguments, TITILOPE NGOZI sued UKAH BANK PLC. in the Lagos High Court but the Court said; ANY DOCUMENT (BE YOU MEMORANDUM OF UNDERSTANDING OR NOT) WHICH IS MARKED ‘SUBJECT TO CONTRACT’ IS NOT BINDING ON THE PARTIES TO IT. THEREFORE, UKAH BANK PLC. CANNOT BE COMPELLED TO RENT THE PROPERTY AS THERE WAS NO BINDING CONTRACT BETWEEN TITILOPE NGOZIAND THE BANK. THAT TITILOPE NGOZIHAD INCURRED SOME FINANCIAL LOSSES NOTWITHSTANDING.

Lessons: TO AVOID PAINS MOSTLY INHERENT IN OUR LAWS AND WHICH YOU MIGHT SUFFER AS A RESULT OF WICKEDNESS, STINGINESS, IGNORANCE, ENSURE YOU INVOLVE A LAWYER IN EVERY OF YOUR CONTRACT AND OTHER PERSONAL LEGAL DOCUMENTATION. You might understand the terms of the contract and have knowledge of English language but a GOOD lawyer knows the terms and language (legal jargons) that will vindicate you in the face of breach and betrayal and personal implication.

Secondly, get a GOOD lawyer involved in any of your contractual purchase which is above four hundred thousand naira (#400,000) in order to avoid bitter circumstances that most of us don’t envisage whenever we are entering into a contract.

Note that, IT IS NOT ALWAYS EXPENSIVE TO ENGAGE A LAWYER and in most cases, WHAT YOU INCURE BY INVOLVING A LAWYER IN YOUR TRANSACTIONS IS FAR LESSER THAN THE PAINS YOU SUFFER IF THE TRANSACTIONS LATER BOOMERANG.

If TITILOPE NGOZI had engaged a lawyer for his transaction, the lawyer wouldn’t have agreed to making the memorandum ‘subject to contract’. While UKAH BANK PLC. worked freely out of court, TITILOPE NGOZI who was expected to be favoured singularly suffered the whole loss. Let’s be wiser by AVOIDING GREATER COST. 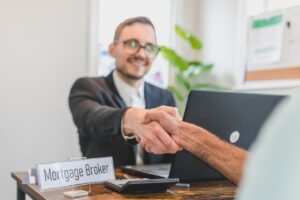 THIS LIFE AND YOUR LIFE: HOW TO CLOSE HIGH DEAL